Molecular Immunology and Inflammation Branch
Dr. O’Shea has served on the editorial boards of multiple journals, including: Immunity, Journal of Experimental Medicine, Journal of Biological Chemistry, Journal of Immunology, and Blood. He has been an invited lecturer at numerous universities.
View Complete Profile

Cytokines are critical for host defense, but are also key mediators of immune-mediated disease. CD4+ helper T cells are important producers of a range of such cytokines, and it is through the production of these factors that they orchestrate immune responses to eliminate a range of microbial pathogens. At the same time, though, helper T cells can also drive autoimmune disease. The goal of the Molecular Immunology and Inflammation Branch (MIIB) is to understand how CD4+ T cells differentiate to selectively produce these key immunoregulatory cytokines and to better define the molecular basis of cytokine action. By studying how engagement of cytokine receptors transduce signals that, in turn, regulate transcription factors and epigenetic events to modulate gene expression, we hope to understand, more in depth, how T cells participate in host defense and contribute to the pathogenesis of immune-mediated diseases. The insights gained from these studies are used to facilitate the development of new therapeutic approaches.

We now know that a plethora of cytokines is produced by innate immune cells, and that these cytokines are critical for the development and specification of CD4 subsets. A substantial portion of cytokines (more than 60) bind to receptors that associate with a class of protein tyrosine kinases, termed Janus kinases or Jaks (illustrated in figure 2). MIIB first cloned human Jak3, a kinase predominantly expressed in immune and hematopoietic cells, and, with our colleagues, demonstrated that Jak3 associates with the common γ chain (γc). This shared cytokine receptor is used by interleukin-2 (IL-2), IL-4, IL-7, IL-9, IL-15 and IL-21, and we found that mutations of JAK3 underlie autosomal recessive severe combined immunodeficiency. Patients suspected of having JAK3 mutations and other primary immunodeficiencies may be evaluated at the NIH Clinical Center under Protocol 99 AR0004. Because of the critical functions of Jaks in cytokine signaling, pharmacological Jak inhibitors have been developed as a new class of immunomodulary drugs. The NIH holds patents pertaining Janus kinases and identification of immune modulators (United States Patent 7,070,972 and United States Patent 7,488,808). NIAMS also has an ongoing Cooperative Research and Development Agreement (CRADA) with Pfizer, which is part of the ongoing work dedicated to understanding the mechanisms of action of Jak inhibitors in vitro and in vivo.

Upon activation, Jaks phosphorylate receptor subunits, thereby providing docking sites for downstream signaling molecules, such as the signal transducers and activators of transcription (STATs). STATs bind to the phosphorylated receptors and become phosphorylated, allowing them to dimerize, translocate to the nucleus, and regulate gene expression. MIIB demonstrated that IL-12 activates STAT4, a key factor that initiates the development of Th1 cells that produce the signature cytokine interferon-γ (IFN-γ). MIIB has continued its interest in dissecting the function of STAT4 over the last 16 years since this initial discovery. Most recently, we have used second generation, deep sequencing technology to define the genomewide targets of STAT4 and to relate this knowledge to the roles of STAT4 in regulating gene expression and changes in the epigenome of differentiating CD4+ T cells (Figure 2). Capitalizing upon the opportunities provided by deep sequencing technology and computational biology tools, defining the genomewide functions of STAT4 and other STATs has become a major focus of the lab.

A relatively new effector CD4+ T cell lineage that selectively produces IL-17 has recently been recognized. Cytokines that promote Th17 cell differentiation signal through STAT3 and the MIIB showed that Th17 cell differentiation is dependent upon this transcription factor. Importantly, the disorder Job's or HyperIgE syndrome is due to mutations of Stat3. MIIB, in collaboration with other NIH scientists, showed that a major defect in this disorder is impairment of Th17 cell generation. MIIB has used Chip-seq methodology to identify STAT3 target genes in developing Th17 cells and dissecting the functions of STAT3 in this interesting subset of cells is an ongoing interest of the lab.

In addition to Th cells, regulatory T (Treg) cells represent another important immunoregulatory subset of CD4+ T cells. MIIB showed that Stat5 is critical for Treg cell differentiation, and binds to the gene encoding the transcription factor Foxp3. Conversely, we showed that STAT5, in response to IL-2 stimulation, also inhibits Th17 differentiation. We further showed STAT5 and STAT3 compete in the Il7a-Il17f locus and that this is an important mechanism underlying the ability of IL-2 to limit Th17 differentiation.

A major ongoing issue in T cell biology is the extent to which different T cell subsets behave as terminally differentiated lineages or if they retain flexibility in their differentiation programs. By assessing the epigenomes of the different helper cell subsets, we have identified mechanisms through which flexibility is retained, even in polarized "lineages". Most recently, we have explored the issue of plasticity of follicular helper T cells. We have found that in functional Tfh, the epigenetic "marks" of master regulator transcription factors allow for their flexible expression. Functionally, this is reflected in the ability of Tfh to transit to other subsets. In related studies, we are also investigating the stability versus plasticity of regulatory T cells. 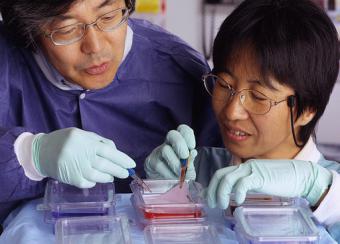 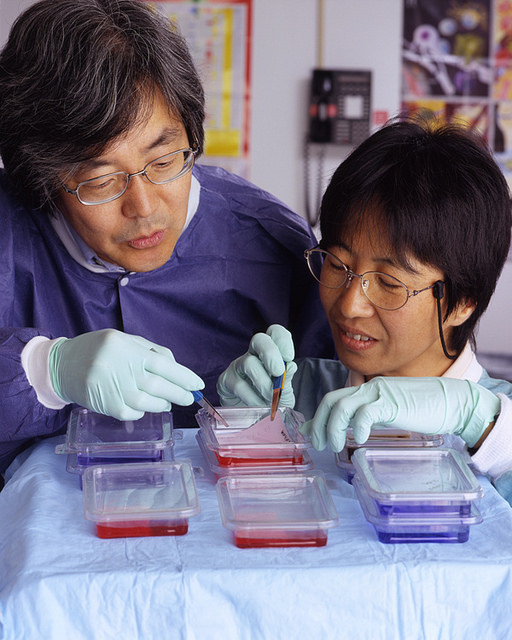 Toshiyuki Yamasita, Ph.D., and Yumi Yamashita, Ph.D., working with dyes to visualize proteins on a membrane.

The Lab of Molecular Immunology and Inflammation Branch

The Lab of Molecular Immunology and Inflammation Branch 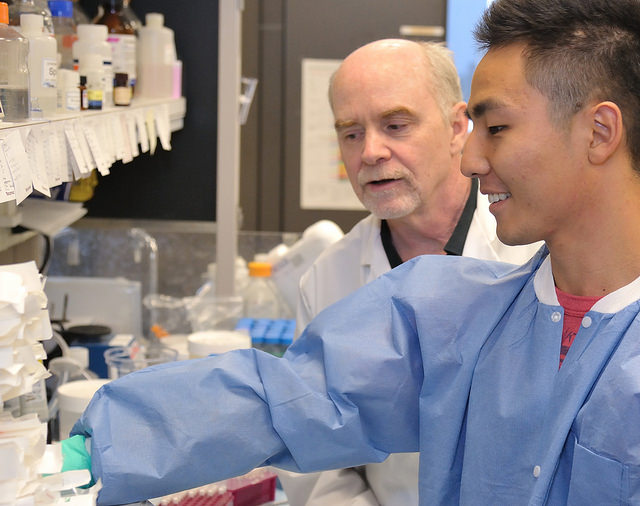 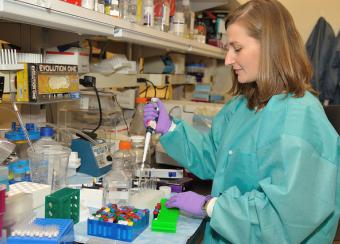 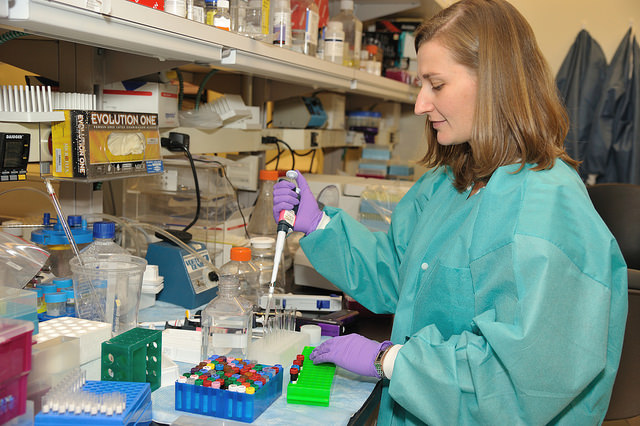 The Magnitude of IFN-γ Responses Is Fine-Tuned by DNA Architecture and the Non-coding Transcript of Ifng-as1.

Janus kinases to jakinibs: from basic insights to clinical practice.

BACH2 immunodeficiency illustrates an association between super-enhancers and haploinsufficiency.

Through the use of powerful genomic techniques, researchers at the National Institute of Arthritis and Musculoskeletal and Skin Diseases (NIAMS) have found that the development of immune cells, called innate lymphoid cells (ILCs), gradually prepares these cells for rapid response to infection.
Read More 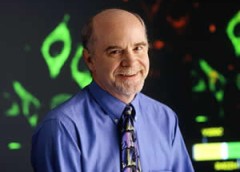 John O’Shea, M.D., NIAMS Scientific Director and Chief of the Molecular Immunology and Inflammation Branch, was an in 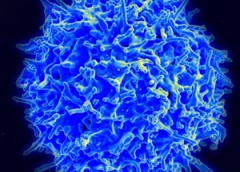 Investigators with the National Institutes of Health have discovered the genomic switches of a blood cell key to regulating the human immune system.
Read More