The goal of our research is to understand new aspects of lymphocyte biology. We use animal models, high-throughput sequencing, flow cytometry, and microscopy to uncover novel cellular and molecular characteristics that will give us more insight into what is critical for an immune cell to develop and respond to cancer and infection. Currently, our work focuses on how glycosphingolipid metabolism regulates how immune cells respond to signals from their environment that regulate homeostasis and activation. 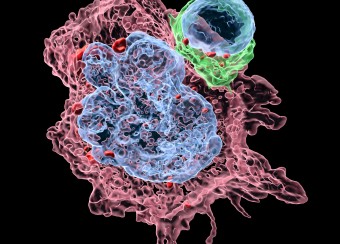 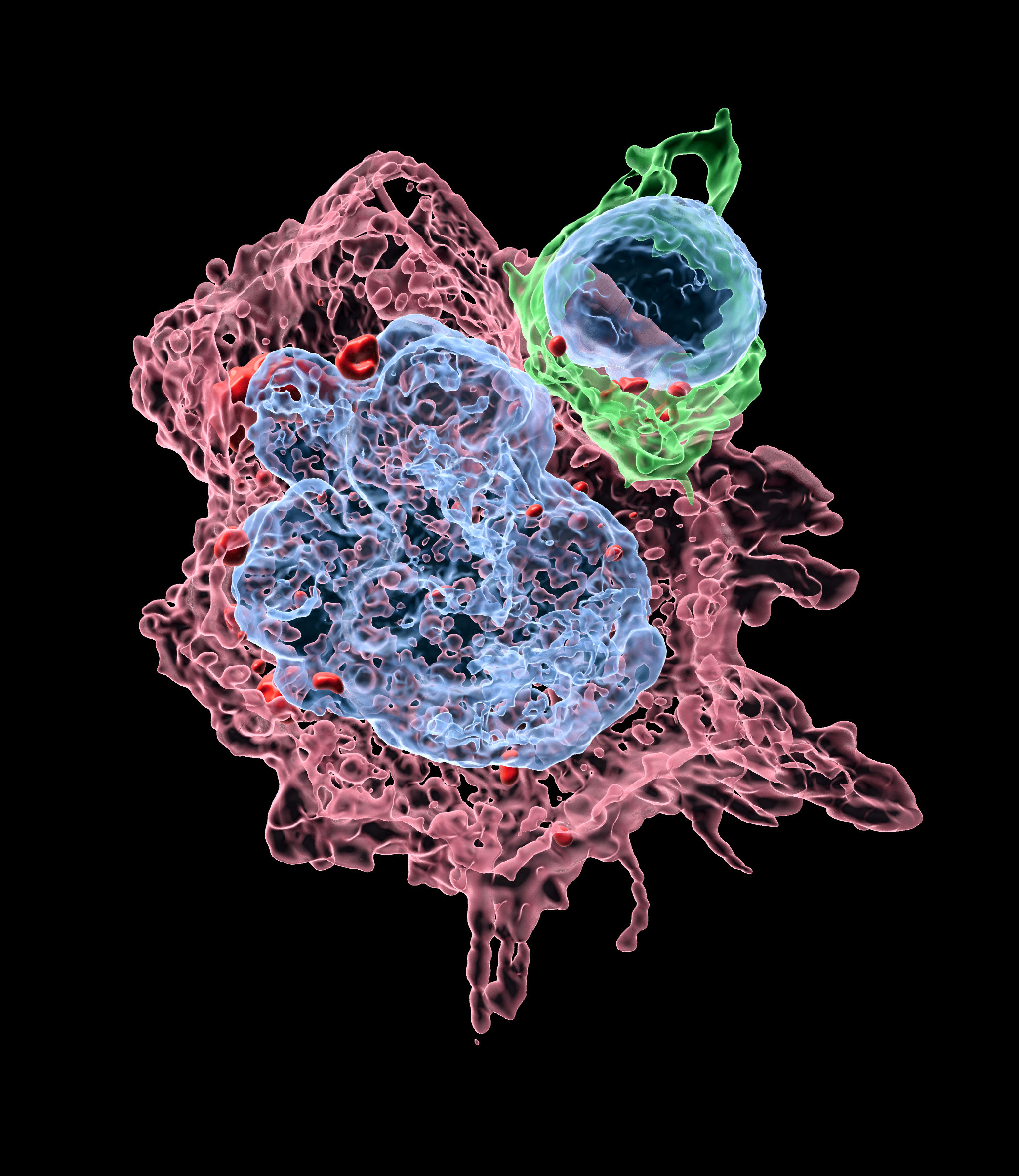 The image depicts the contact between a natural killer (NK) cell (shown in green) and a large YAC-1 cancer cell (shown in brown), forming the so-called immune synapse. As a result of the encounter, the NK cell releases its ‘deathly hallows’, the lytic granules (shown in red) visible at the point of contact and inside the cytoplasm of the cancer cell, which will induce its death. This micrograph was acquired in the NIAMS Light Imaging Section employing the Leica TCS SP8 X confocal system and using a STED plan apochromatic CS2 100X/1.4NA oil lens. A stack of 69 consecutive focal planes along the Z axis was acquired to cover the full thickness of the NK-cancer cell conjugate. The stack was then converted into a 3D format using the Imaris 9.9 analysis software, where the image was post-processed using the ‘surfaces’ tool of the software to highlight the plasma membranes of the cells pseudo-colored with transparency, the lytic granules, and the nuclei (shown in blue). Cells were prepared and stained by Tasha Morrison and Hannah Dada (Molecular Immunology and Inflammation Branch). Imaging was performed by Davide Randazzo (Light Imaging Section).