Back pain is one of the most common medical problems in the United States. It can range from a dull, constant ache to sudden, sharp pain that makes it hard to move.

What is bursitis? It is a common condition that causes swelling and pain around muscles and bones.

Doctors don't yet know the exact causes of Fibromyalgia. Find out more about this muscle-pain & fatigue causing chronic disorder.

What is fibrous dysplasia? It happens when healthy bone is replaced with other types of tissue. Bones may become weak or oddly shaped, or they may even break.

Injuries to the growth plate happen when a break or fracture develops near or at the end of a long bone.

Hip replacement surgery removes damaged or diseased parts of a hip joint and replaces them with new, man-made parts.

Joint replacement surgery removes damaged or diseased parts of a joint and replaces them with new, man-made parts.

Knee problems happen when you injure or develop disease in your knee and it can’t do its job.

What is Marfan syndrome? It is a disorder that affects connective tissue, which supports many parts of your body. Marfan syndrome is often a genetic disease.

Osteogenesis imperfecta is a genetic disease, also called brittle bone disease, that causes bones to be weak and break easily.

What is osteonecrosis? Osteonecrosis is a bone disease in which the bone begins to die and collapse. Find out the symptoms and goals of treatment.

What is osteoporosis? It is a disease in which your bones become weak and are more likely to break. There are no symptoms until a bone breaks.

Scoliosis in Children and Teens

What is scoliosis? It is a disorder causing a sideways curve of the spine. Curves are often S- or C-shaped. In most people, there is no known cause for this curve.

What is spinal stenosis? It is the narrowing of the spine. This narrowing puts pressure on the spinal cord and nerves and can cause pain.

Sports injuries are injuries that happen when playing sports or exercising. There are two kinds of sports injuries: acute and chronic.

Sports Injuries in Youth: A Guide for Parents

Parents learn about common sports injuries among youth and the ways to prevent such injuries from happening.

What is tendinitis? It is swelling and pain in a joint usually caused by repeated injuries to a tendon, the part of the joint that connects muscles to bones.

A reductase antibodies in statin users, including those with self-limited musculoskeletal side effects 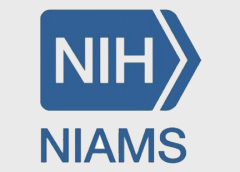 In October 2018, the National Institutes of Health convened a Pathways to Prevention (P2P) workshop on the 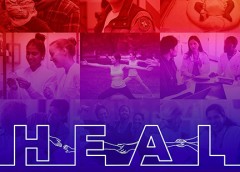 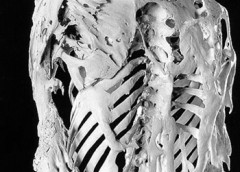 Two recent studies on a rare genetic disorder that causes excess bone to form have greatly contributed to our understanding of how the disease progresses, and have identified promising treatment options. The studies, funded in part by the National Institute of Arthritis and Musculoskeletal and Skin Diseases (NIAMS), were conducted in mice and published in the Journal of Bone and Mineral Research.
Read More 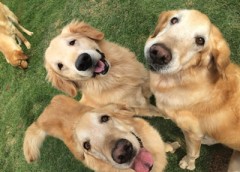 A golden retriever carrying the gene mutation for Duchenne muscular dystrophy (DMD) unexpectedly remained healthy for life, sparking interest in a new avenue of investigation into DMD treatment. The study, which was published in the journal Cell and supported in part by the National Institute of Arthritis and Musculoskeletal and Skin Diseases (NIAMS), revealed that a gene not known to be linked to DMD may hold promise for counteracting the effects of the muscle wasting disease.
Read More 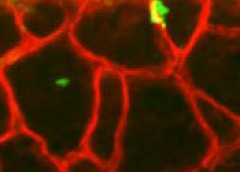 A new study in mice, funded in part by the NIH’s National Institute of Arthritis and Musculoskeletal and Skin Diseases (NIAMS), has shown that stem cells in the muscles lining the roof of the mouth and throat behave differently than those in other parts of the body, and are distinct at the molecular level. The findings, which appeared in the journal Stem Cells, suggest that changes to these cells contribute to swallowing problems associated with certain muscular dystrophies and aging.
Read More
Back to Top