What is acne? It is caused when blocked skin follicles from a plug caused by oil from glands, bacteria, and dead cells clump together and swell.

What is alopecia areata? It is a condition that attacks your hair follicles (they make hair). In most cases, hair falls out in small, round patches.

What is atopic dermatitis? It is a skin disease causing much itchiness. Scratching leads to redness, swelling, cracking, weeping clear fluid, crusting, and scaling.

What is cicatricial alopecia? It is a group of conditions that destroy hair follicles. Hair follicles are the part of the skin where the hair grows.

What is epidermolysis bullosa? It is a group of diseases causing painful blisters to form on the skin. These blisters can cause problems if they become infected.

Hidradenitis suppurativa (also known as acne inversa) is a chronic, noncontagious, inflammatory condition characterized by pimple-like bumps or boils and tunnels or tracts on and under the skin.

What is ichthyosis? It is a disorder that causes dry, thickened skin that may look similar to fish scales.

What is pachyonychia congenita? It is a rare disorder causing thick nails and painful calluses on the bottoms of the feet and other symptoms.

What is pemphigus? It is a disease where the immune system attacks healthy cells in the top layer of skin, resulting in blisters.

Psoriasis is a skin disease that causes red, scaly skin that may feel painful, swollen, or hot. Learn more about the types and what causes psoriasis.

What is Raynaud’s phenomenon? It is a disease that affects blood vessels. It causes your body to not send enough blood to the hands and feet for a period of time.

What is rosacea? It is a long-term disease that causes reddened skin and pimples, usually on the face. It can also make the skin thicker and cause eye problems.

Scleroderma causes patches of tight, hard skin, but can also harm your blood vessels & organs. Learn the risks & causes of this skin disease.

Vitiligo is a disorder that causes patches of skin to become white. It happens because cells that make color in your skin are destroyed.

Led by Dr. Edward Cowen, M.D., the branch conducts both clinical and basic research studying the etiology, diagnosis, and treatment of inflammatory and malignant diseases involving the skin and the host's response to these diseases.

Led by Dr. Maria Morasso, the lab studies processes that lead to epidermal differentiation and barrier formation, and their role in skin disorders.

Calmodulin 4 is dispensable for epidermal barrier formation and wound healing in mice. 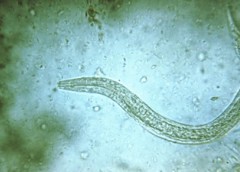 Researchers from the NIH and Weill Cornel 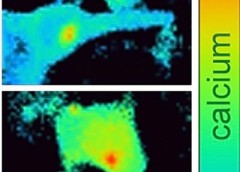 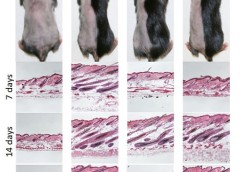 Two drugs—one used to treat rheumatoid arthritis and another for different types of blood cancers—have shown promise in reversing hair loss characteristic of alopecia areata and related disorders, according to a study in mice funded in part by the NIH’s National Institute of Arthritis and Musculoskeletal and Skin Diseases (NIAMS). The study was published in Science Advances.
Read More 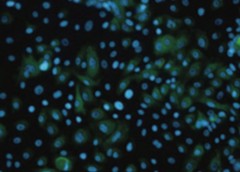 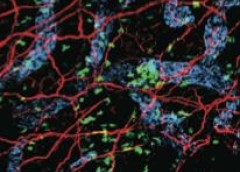 New Insights Into How Psoriasis Arises and How It Heals

Psoriasis is a chronic skin condition characterized by itchy red patches and silvery scales, usually on the elbows, k 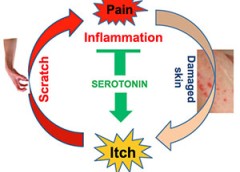 Scratching an itch brings short-lived relief but often makes the itching worse in the long-term.

Read More
Back to Top