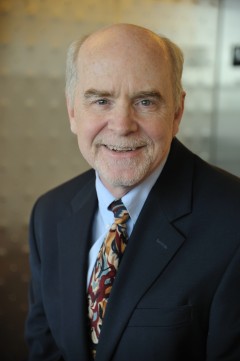 The Office of the Scientific Director (OSD) is responsible for oversight, review, and administration of the Intramural Research Program (IRP) at National Institute of Arthritis and Musculoskeletal and Skin Diseases (NIAMS). The OSD has several key functions, including planning, coordinating and directing the basic and clinical scientific research programs conducted within the IRP.

The OSD also encourages the implementation of new technologies and application of new techniques, facilitates clinical research and trials, and promotes research collaboration. The NIAMS IRP encompasses basic and clinical research related to immunology, autoimmunity, rheumatology, dermatology, muscle biology and orthopedics. With the Director of the Career Development and Outreach Branch, the OSD ensures effective mentoring of NIAMS trainees. The OSD also fosters equity, diversity and inclusion within all levels of the IRP.

Dr. O’Shea also serves as a Senior Investigator and Chief of the Molecular Immunology and Inflammation Branch and studies cytokine signaling transduction.

Dr. O’Shea graduated Phi Beta Kappa from St. Lawrence University, Canton, New York, received his M.D. from the University of Cincinnati College of Medicine, and trained in Internal Medicine at SUNY Upstate Medical Center in Syracuse. He came to the NIH as a fellow in the National Institute of Allergy and Infectious Diseases and the Eunice Kennedy Shriver National Institute of Child Health and Human Development. He served as a Commissioned Officer in the U.S. Public Health Service, started his own research group in the National Cancer Institute in 1989, and then moved to the NIAMS in 1994 as Chief of the Lymphocyte Cell Biology Section of the Arthritis and Rheumatism Branch. He was appointed NIAMS Scientific Director in 2005.

Dr. O’Shea is the author of more than 300 publications and has been elected as a member of the National Academy of Medicine. He has received numerous awards including the: