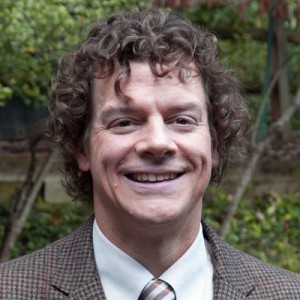 Michael Ombrello, M.D., is an adult and pediatric rheumatologist. He completed his undergraduate degree (1997) and medical degree (2002) at Saint Louis University. Upon completing a Combined Adult and Pediatric Rheumatology Fellowship, he was awarded the 2010 Distinguished Fellow Award from the American College of Rheumatology. Dr. Ombrello was an inaugural NIAMS Henry Metzger Scholar in Translational Research. He completed an additional two-year postdoctoral fellowship in the Inflammatory Disease Section of the National Human Genome Research Institute.

Over the past decade, Dr. Ombrello has been a pioneer in Still’s disease genomics, leading the investigations of the International Childhood Genetics (INCHARGE) Consortium. His studies unexpectedly implicated adaptive immune mechanisms and unambiguously demonstrated that the unique genetic architecture of Still’s disease distinguishes it from the other forms of childhood arthritis. His group has also identified the first genetic biomarkers that may guide the future treatment of Still’s disease. These include one that identifies non-responders to a commonly used treatment and another that strongly predicts which subjects will develop a potentially fatal hypersensitivity reaction to a group of widely used therapies.

In addition to studying Still’s disease, Dr. Ombrello described the first disease-causing mutations of PLCG2 in humans. His group continues to engage in clinical and translational investigations of immune-mediated disease caused by PLCG2 variation.

Dr. Ombrello has received numerous NIH honors and awards, most notably the NIH Fellows Award for Research Excellence, Merit Awards from NIAMS and NIAID, and the NIH Director’s Award.

Dr. Ombrello is firmly committed to mentoring and training the next generation of investigators within and beyond the NIH community. He served a 4-year term on the American College of Rheumatology’s Early Career Investigator subcommittee, during which he worked to develop and deliver career development content to early career rheumatologist-scientists. However, his commitment to mentorship is best reflected by the success of his NIAMS lab members, whose research accomplishments have also been recognized with many local and national awards. These include the Distinguished Fellow Award from the American College of Rheumatology, multiple recipients of the NIH Fellows Award for Research Excellence, and numerous “Best Presentation” awards from national and international scientific meetings.

Autoinflammatory diseases are caused by inappropriate or excessive activation of innate immune pathways. When unchecked, this excessive inflammation can result in tissue damage, organ failure, and death. The Translational Genetics and Genomics Section (TGGS) aims to identify mechanisms of autoinflammatory pathophysiology and translate these insights into new or improved therapeutic approaches to treat inflammatory diseases.

Still’s disease is a severe, systemic inflammatory condition that is  is characterized by periods of prolonged, unexplained fever and chronic arthritis, together with inflammation of the skin and organs. The complications of Still’s disease can be life-threatening. They include macrophage activation syndrome (MAS), a cytokine storm syndrome, and an emergent form of interstitial lung disease strongly associated with the DR15 ancestral HLA haplotype, which develops in the context of an atypical hypersensitivity reaction to a group of cytokine inhibitors.

The TGGS was established in 2013 to identify genetic factors that contribute to the development of Still’s disease and other genetically complex autoinflammatory diseases. In its earliest days, members of the TGGS performed the first genomic studies of Still’s disease, which yielded various new and unexpected insights. In 2018, the TGGS established a natural history protocol at the NIH Clinical Center, which provided an infrastructure for integrated genomic and immunologic investigations of children and adults with Still’s disease and other genetically complex forms of autoinflammation.

A Cysteine Variant at an Allosteric Site Alters MIF Dynamics and Biological Function in Homo- and Heterotrimeric Assemblies.