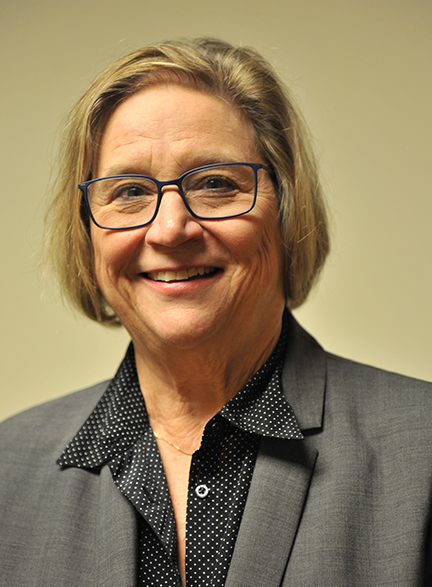 The National Institute of Arthritis and Musculoskeletal and Skin Diseases (NIAMS) appointed Gayle Lester, Ph.D., as the director of the Division of Extramural Research. Lester had held the position in an acting role since the reorganization of the Institute's extramural program in April 2018. She assumed the director position March 1, 2020 and will continue to oversee both DER and the Office of Extramural Operations (OEO).

"Gayle has provided strong leadership during her time as acting head of DER, and I look forward to watching our extramural efforts continue to prosper," Robert H. Carter, M.D., acting director at NIAMS, said.

Lester joined the NIAMS in January 2001. Prior to her arrival at the NIH, she was a professor in the Department of Orthopaedics at the University of North Carolina at Chapel Hill. Her research interests included ligament healing, hormonal control of bone metabolism, measurement and regulation of bone mineral density, biochemical markers of bone turnover and articular cartilage biochemistry.

In addition to her programmatic management of grants at the NIAMS, she continues to serve as the project officer for the Osteoarthritis Initiative, a group of contracts with the Institute that support a longitudinal cohort study focused on knee osteoarthritis and the discovery of biomarkers funded through a public-private partnership.

She received the NIH Director’s Awards in 2001, 2007, 2012, 2014 and 2018 for her work related to the Osteoarthritis Initiative, diagnostic imaging and biomarker development. She led NIAMS efforts focused on bone quality and biomarkers for osteoporosis and osteoarthritis and continues to serve as project director for the Foundation for the NIH Biomarker Consortium Bone Quality Project, an industry-supported initiative focused on discovery of better surrogates for bone fracture.

Lester received a doctorate in endocrine pharmacology from the Medical College of Virginia. Following a post-doctoral fellowship at UNC, she joined the faculty. Lester received a Kappa Delta Award for Excellence in Orthopaedic Research in March 2000 for her work with Laurence Dahners, M.D., on ligament growth and development, and has more than 60 peer-reviewed publications.