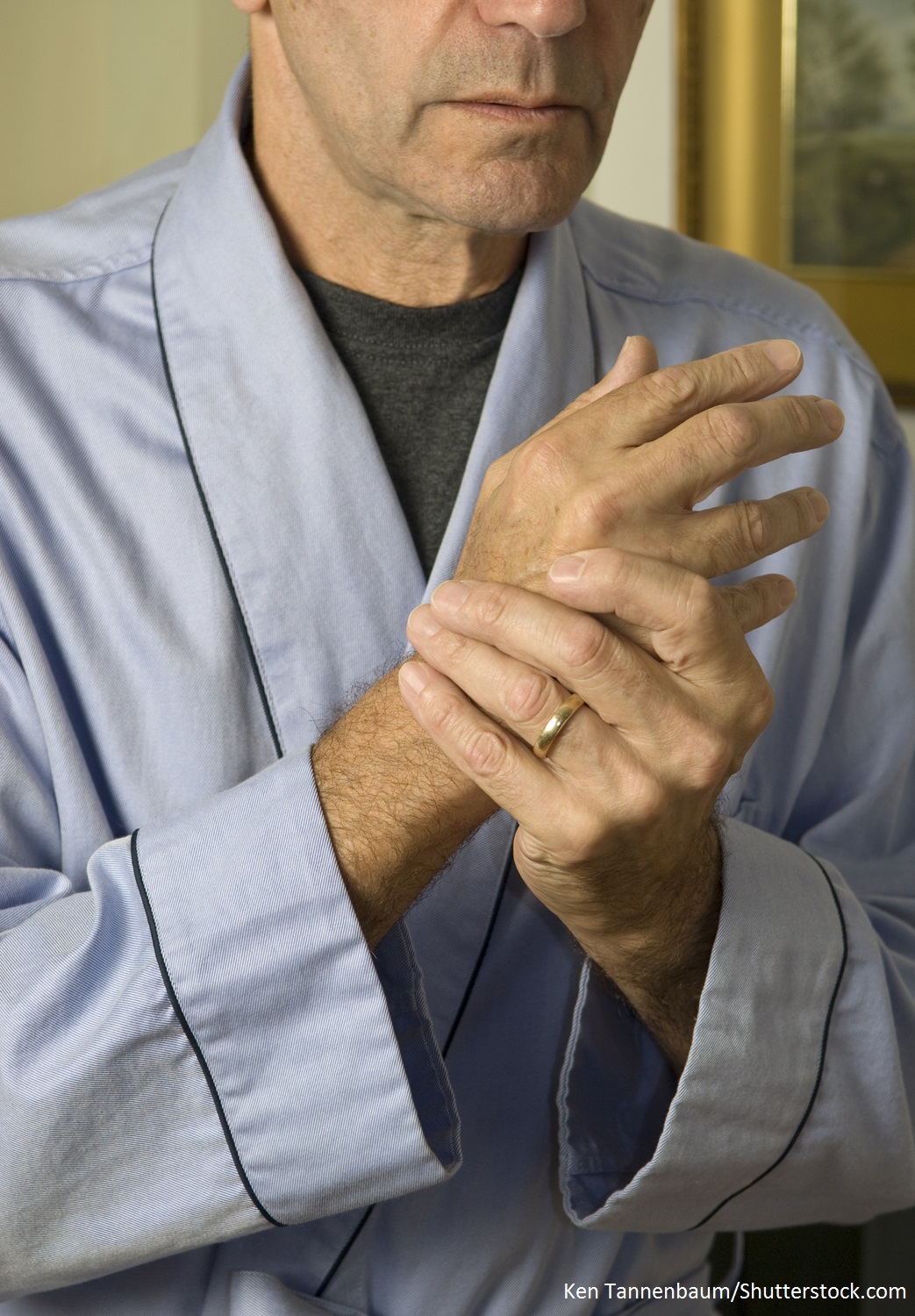 Caption: Researchers estimated that the number of U.S. adults who have arthritis may be much higher than previously determined.
Credit Ken Tannenbaum/Shutterstock.com

About 91 million U.S. adults may have some form of arthritis, according to a new statistical analysis of data from a self-reported national survey from 2015. This estimate is 68 percent higher than the previously reported estimate for arthritis—a term that includes multiple conditions that affect the joints, tissues around the joints, and other connective tissues. Further research based on other surveys, along with data based on direct observation and clinical diagnosis by medical professionals, will help refine these estimates and monitor arthritis prevalence in the future.

Arthritis is a leading cause of disability. Knowing how many people have arthritis and other chronic disorders is important for anticipating health care system needs and addressing the impact on those affected and their families.

About 54 million U.S. adults were previously estimated to have arthritis based on an answer of “yes” to the question, “Have you ever been told by a doctor or other health professional that you have some form of arthritis, rheumatoid arthritis, gout, lupus, or fibromyalgia?” in the 2015 National Health Interview Survey (NHIS). Adults who didn't see a physician for joint pain or who didn’t have access to health care may have answered the survey question as “no” despite having arthritis. Thus, many cases of arthritis may have potentially gone unreported.

Re-examining the number of people with arthritis

The NHIS is a self-reported questionnaire administered by the U.S. Census Bureau that includes other questions related to arthritis. Drs. David T. Felson and S. Reza Jafarzadeh of Boston University School of Medicine developed a statistical model to estimate arthritis prevalence that incorporated answers to two additional survey questions.

Their model started with responses to the original question of a person having been told by a health professional that they had some form of arthritis. They also included responses to a question about whether the person had any symptoms of pain, aching or stiffness in or around a joint (but not the back or neck) during the past 30 days. If this answer was "yes," the researchers incorporated responses to a third question that asked whether the joint symptoms first began more than three months ago. Their new statistical model considered various combinations of “yes” or “no” answers to these three questions. The research was supported by the National Institute of Arthritis and Musculoskeletal and Skin Diseases (NIAMS) and reported in Arthritis & Rheumatology.

Based on the broader classification of data from 33,672 participants in the survey, the researchers estimated that arthritis affected 91 million U.S. adults (37 percent of the U.S. population of 248 million). This estimate, which includes 61 million people between the ages of 18 and 64, is 68 percent higher than the previously reported estimate.

“Our findings are important because of underestimated, yet enormous, economic and public health impacts of arthritis including healthcare costs and costs from loss of productivity and disability, including in adults younger than 65 years of age,” Dr. Jafarzadeh said.