Former Director, Office of the Director 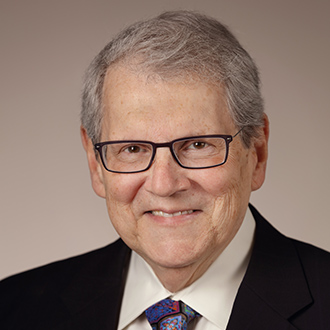 Stephen I. Katz, M.D., Ph.D. was Director of the NIH’s National Institute of Arthritis and Musculoskeletal and Skin Diseases from August 1995 until his passing on December 20, 2018, and was also an Adjunct Investigator in the Dermatology Branch of the NIH’s National Cancer Institute. He was born in New York in 1941 and his early years were spent in the Washington, D.C., and Bethesda, Maryland areas. After attending the University of Maryland, where he graduated with honors, he graduated from the Tulane University Medical School with honors in 1966. He completed a medical internship at Los Angeles County Hospital and did his dermatology residency at the University of Miami Medical Center from 1967 to 1970. He served in the U.S. military at Walter Reed Army Medical Center from 1970 to 1972. From 1972 to 1974, Dr. Katz did a postdoctoral fellowship at the Royal College of Surgeons of England and obtained a Ph.D. in immunology from the University of London in 1974. He then became Senior Investigator in the Dermatology Branch of the National Cancer Institute (1974-2014) and assumed the position of Acting Chief in 1977. In 1980, he became Chief of the Branch, a position he held until 2002. In 1989, Dr. Katz also assumed the position of Marion B. Sulzberger Professor of Dermatology at the Uniformed Services University of the Health Sciences in Bethesda, Maryland, a position that he held until 1995.

Dr. Katz focused his studies on immunology and the skin. His research demonstrated that skin is an important component of the immune system both in its normal function and as a target in immunologically-mediated disease. In addition to studying Langerhans cells and epidermally-derived cytokines, Dr. Katz and his colleagues added considerable new knowledge about inherited and acquired blistering skin diseases.

Dr. Katz trained a large number of outstanding immunodermatologists in the U.S., Japan, Korea, and Europe. Many of these individuals are now leading their own high-quality, independent research programs. He served many professional societies in leadership positions, including as a member of the Board of Directors and President of the Society for Investigative Dermatology; on the Board of the Association of Professors of Dermatology; as Secretary-General of the 18th World Congress of Dermatology in New York in 1992; as Secretary-Treasurer of the Clinical Immunology Society; and as President of both the International League of Dermatological Societies and the International Committee of Dermatology. Dr. Katz also served on the editorial boards of a number of clinical and investigative dermatology journals, as well as several immunology journals. He received many honors and awards, including the Master Dermatologist Award and the Sulzberger Lecture Award of the American Academy of Dermatology; the National Cancer Institute’s Outstanding Mentor Award; the Harvey J. Bullock, Jr., EEO Award in recognition of his extraordinary leadership in scientific, programmatic, and administrative arenas; the Excellence in Leadership Award from the International Pemphigus Foundation; the "Change It" Champion Award from Parent Project Muscular Dystrophy; the Paul G. Rogers Leadership Award from the National Osteoporosis Foundation; the American Society for Bone and Mineral Research Distinguished Leader Award; the Dermatology Foundation Lifetime Career Educator Award; the American Skin Association Leadership in Academic Medicine Award; honorary membership in the American Academy of Dermatology and the Society for Investigative Dermatology, as well as numerous international dermatological societies; and election into the National Academy of Medicine of the National Academy of Sciences (USA). He also received the Alfred Marchionini Gold Medal; the Gold Medal from the International League of Dermatological Societies for Achievements in Global Dermatology; the Gold Medal from the American Academy of Dermatologists; the Lifetime Achievement Award of the American Skin Association; the Rothman Award for distinguished service to investigative cutaneous medicine and the Kligman/Frost Award, the latter two from the Society for Investigative Dermatology. He received Doctor Honoris Causa Degrees from Semmelweis University in Budapest, Hungary; Ludwig Maximilian University in Munich, Germany; the University of Athens in Greece; and from University College Dublin in Ireland. Dr. Katz was honored by the Japanese government from which he received the Order of the Rising Sun, Gold Rays with Neck Ribbon from the Japanese Emperor. He was the recipient of the 7th Alan Rabson Award for NCI Intramural Cancer Research, twice received the Meritorious Rank Award, and also received the Distinguished Executive Presidential Rank Award, the highest honor that can be bestowed upon a civil servant.

Visit the Director's Page
Back to Top