The charts and table below summarize the overall funding patterns for R01 applications, including 2 R01 applications that were issued as R37 MERIT Awards. (See the budget detail for explanations of the R01 and R37 mechanisms). Only applications that received a percentile ranking are included. When an amended application is considered in the same fiscal year as the original, only the most recent submission is counted. 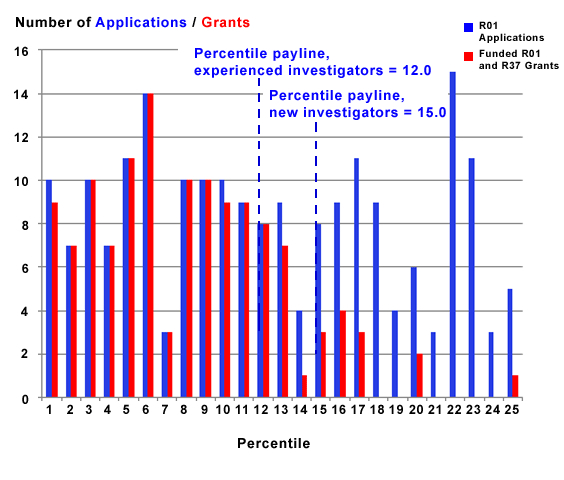