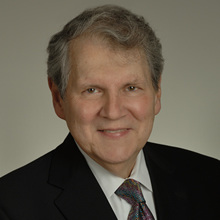 As Director of the NIAMS, one of my most important responsibilities is to foster the next generation of biomedical researchers. Over the past several years, the NIH and the NIAMS have taken a number of steps to support early-stage investigators, notably clinician scientists, who face unique challenges in pursuing research careers. I discussed some of those efforts, including the NIH K08 and K23 Career Development Awards for clinician scientists and the NIH Loan Repayment Programs, in a Director’s letter last summer. Staff across the NIAMS have worked diligently to strengthen the pipeline of clinician scientists through sustained efforts such as our annual meeting with third year K08 and K23 awardees and our annual orientation webinar for awardees in their first year. This month’s letter focuses on recent enhancements to the NIH-wide K08 and K23 awards, as well as NIAMS’ plans for a new small grant program geared towards early-stage clinician scientists.

In December 2015, in response to recommendations from a Working Group of the Advisory Committee to the NIH Director, the NIH announced an increase in the salary and cost allowances for K08 and K23 Career Development Awards starting in FY 2017. The NIAMS plans to implement this new salary change this fiscal year, instead of waiting until FY 2017. We will increase salary contributions to $100,000 and research cost allowances to $30,000 for K08 and K23 recipients. These adjustments will provide a needed boost to early-stage clinician scientists.

Many groups, including patient advocacy organizations, research foundations, and professional societies, share the NIH’s commitment to supporting new investigators, and provide dedicated research funding for early-stage researchers. When possible, the NIH leverages such funding. For example, recipients of the NIH mentored career development awards may supplement the NIH salary contribution with funds from non-federal research grants if their research is related to, but independent from, the NIH-funded work. The non-federal research must also advance the larger goal of the NIH mentored career development program, which is to help investigators develop an independent research program. This policy assists awardees who require salary support beyond that provided by the NIH.

In addition to implementing the NIH-wide policies described above, the NIAMS also is considering a small grant program for mentored clinical career development awardees. We have heard often from early-stage researchers in this group that a major barrier to obtaining a first research project grant, or R01, is a lack of funding for developing preliminary data. Based on an assessment by staff of outcomes of a previous NIAMS-funded small grant program and discussions with the NIAMS Advisory Council, we are considering a small grant program for eligible K08 and K23 awardees to support research activities that can be carried out in a short period of time with limited resources.

New and early-stage investigators play a critical role in ensuring the continuity of research progress in the Institute’s research areas, and supporting them is a vital part of our mission. These policy and programmatic efforts are just a few examples of ways that the NIH and NIAMS are helping to keep early-stage clinician-scientists engaged in research.